The Confession by John Grisham

One of Grisham's worst books. It was more a tirade against the death penalty than an actual story. The book was entirely predictable and was clearly nothing more than an attempt by Grisham to publicize his own political views. I would not recommend this book to anyone (unless you have serious negative feelings about the death penalty -- if that is the case, you will feel better about your political leanings after reading this).

BYU Fans: Bummed About the Big12?

Don't be. Have some faith. It will be alright. In the meantime, enjoy these two new BYU videos:

Michael Vey: The Prisoner of Cell 25 by Richard Paul Evans


Interesting compilation of some classic American authors. Short stories are always a little tough on me. I was ambivalent towards most of them. Nathaniel Hawthorne's "Young Goodman Brown" was by far the best. Hawthorne's take on Puritanism is always fun to read. On its own, probably worth five stars. Sherwood Anderson's "The Egg" was quite a surprise. My second favorite in the book (and given the line-up of authors, that is saying something). Four stars on that one. F. Scott Fitzgerald's "Bernice Bobs Her Hair" was probably worth 3-4 stars. Everything else, somewhere between 2-3 stars. In any event, a good read for those who haven't been exposed to a lot of classic American novelists. Lots of different styles and a good sample spectrum for "classic" American literature.

The Lost Hero by Rick Riordan


A popular book on my friends "currently" or "to read" list... I've run out of other books for the moment. Not the biggest Riordan fan but I'll give it a shot.

Okay. Pleasantly surprised. Super-fast read (like most of Riordan's books). Good story. My only complaint is that it feels like a reset of the Percy Jackson series. But seeing as I'm not really a fan of the Red Pyramid series, I guess I should be okay with that. Four stars.

Review: A World Without Heroes

A World Without Heroes by Brandon Mull


I wish I could give it 3.5 stars. I don't really like the way it ended. I get that it is a trilogy though. Typical Brandon Mull page-turner. I couldn't put it down. And as much as I complain about the ending, I can't wait for the next book to come out (to find out what happens), so maybe Mr. Mull is more clever with his endings than I give him credit for.

Trip to Denver for the NCAA Tourney (Picture Journey)

My wife and I had a great trip: 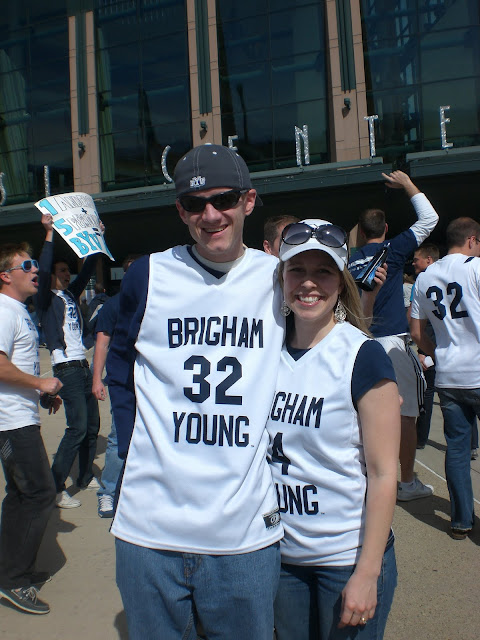 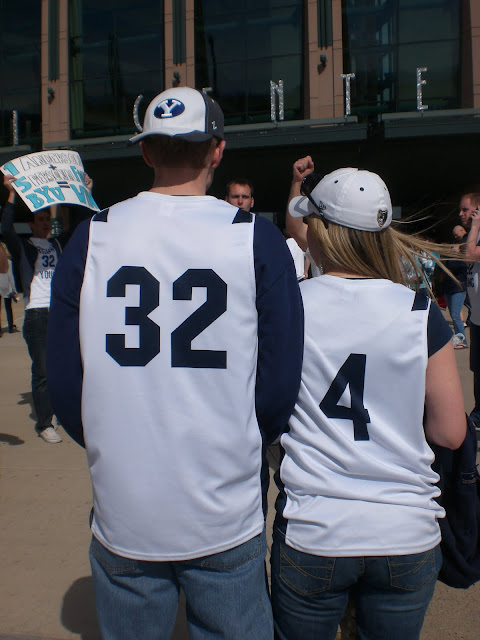 First we learned how to Jimmer 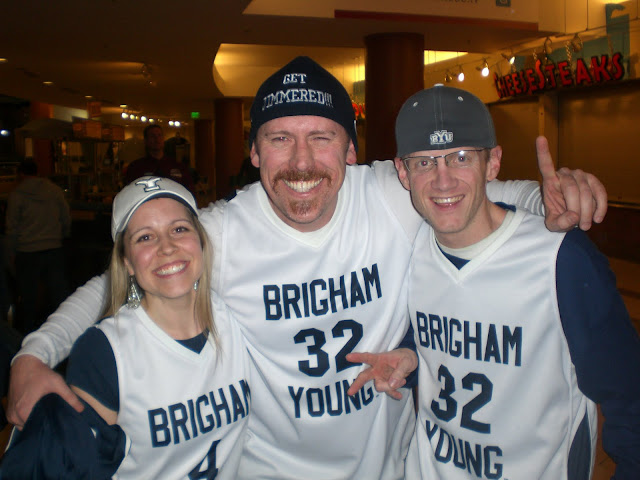 Then we hung out with all sorts of crazy fans: 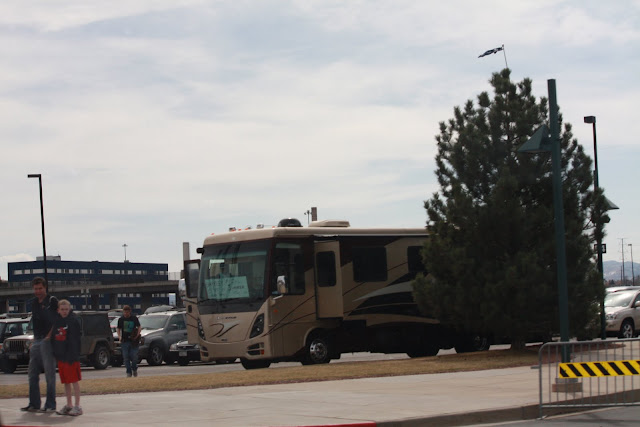 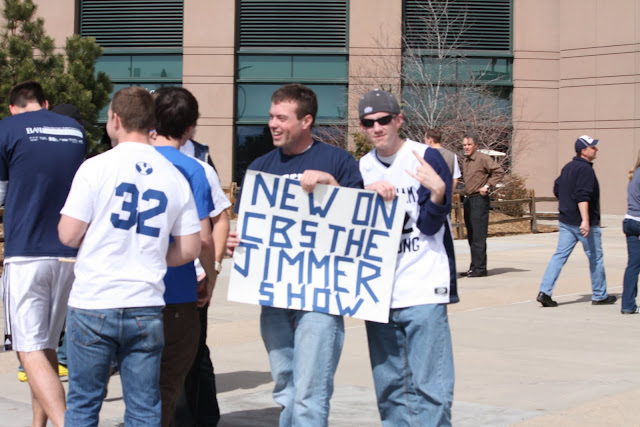 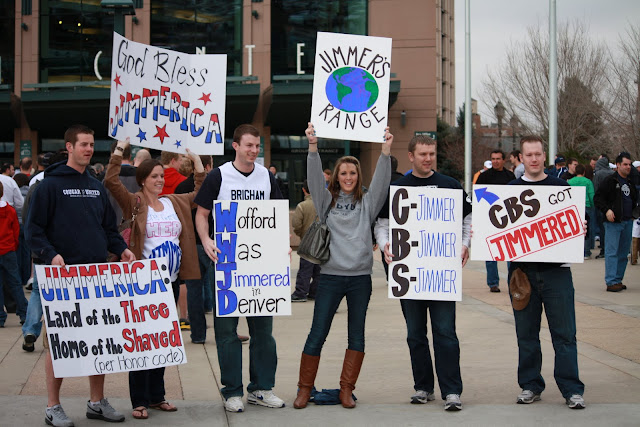 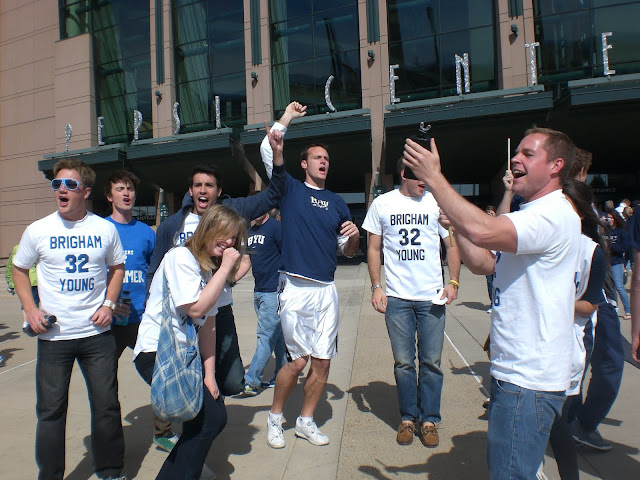 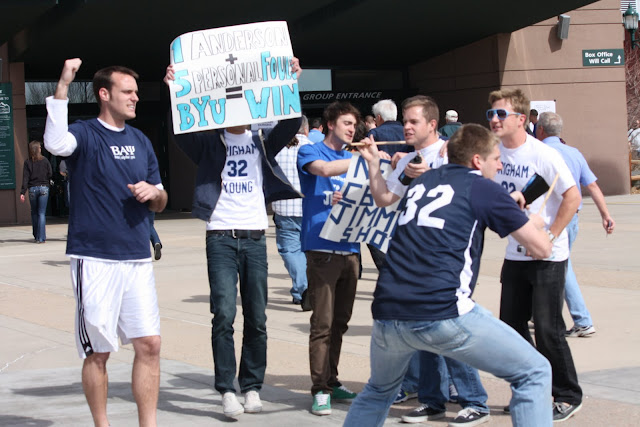 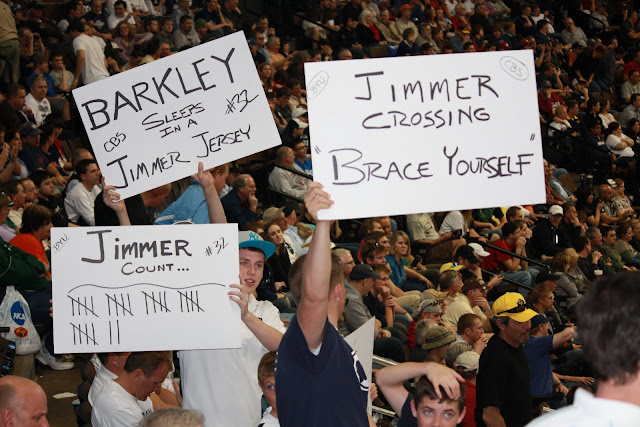 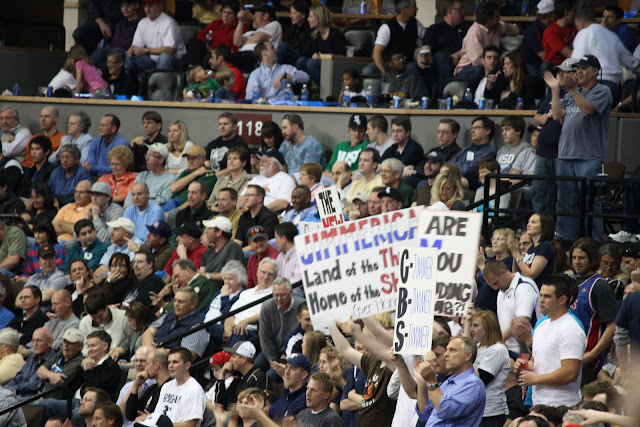 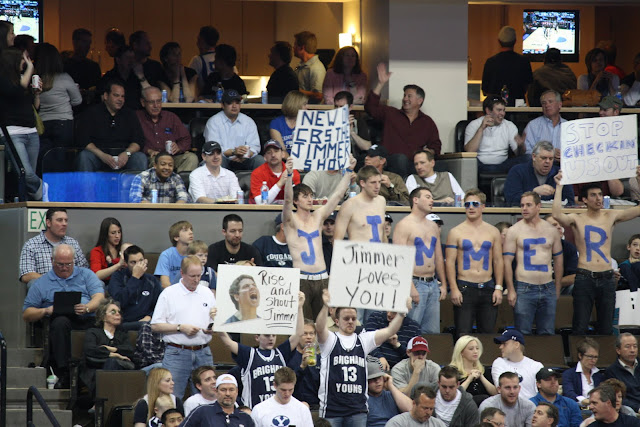 We saw Brandon Davies right where he should be: 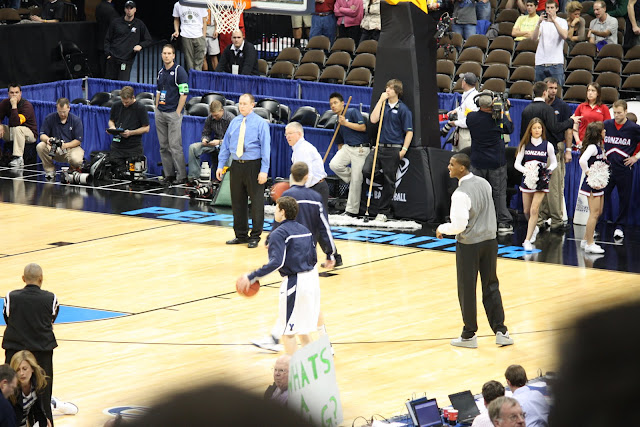 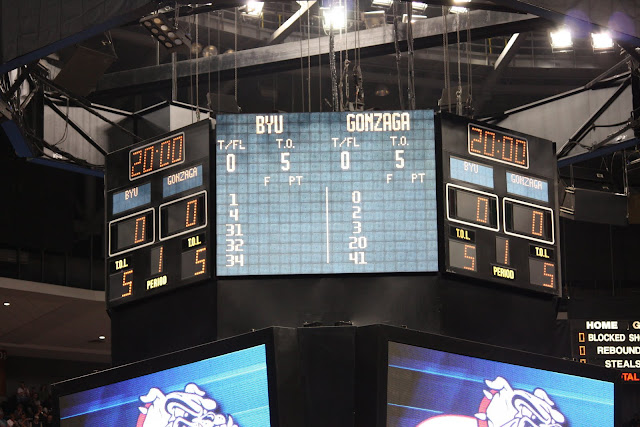 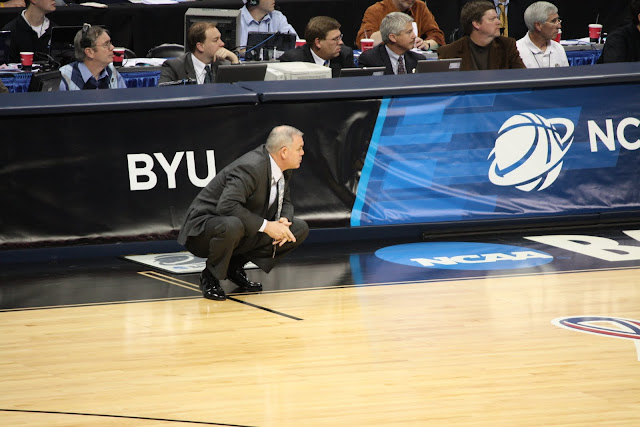 Helped lead to this: 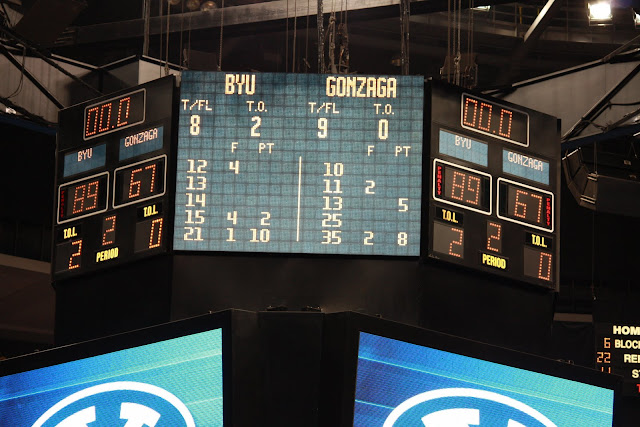 Which caused all of this: 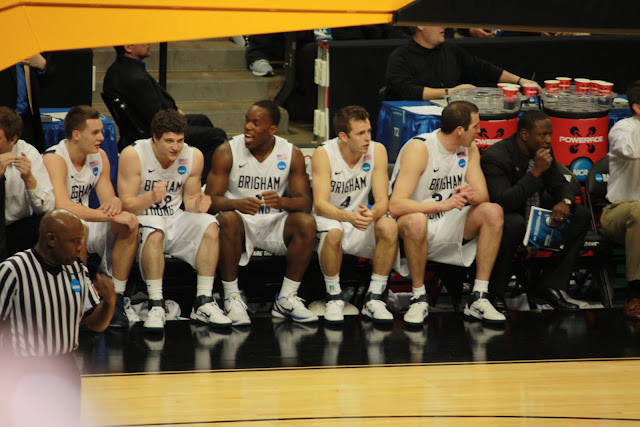 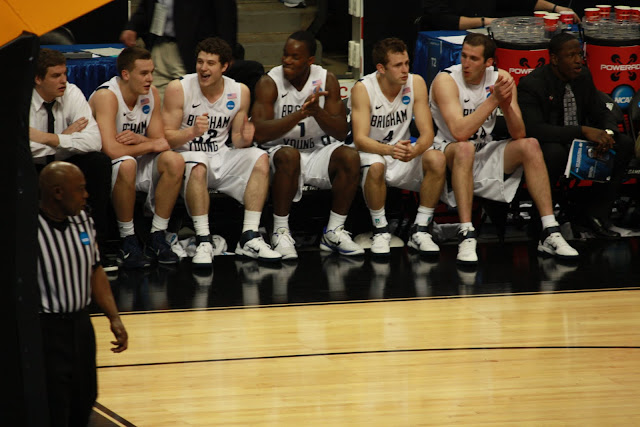 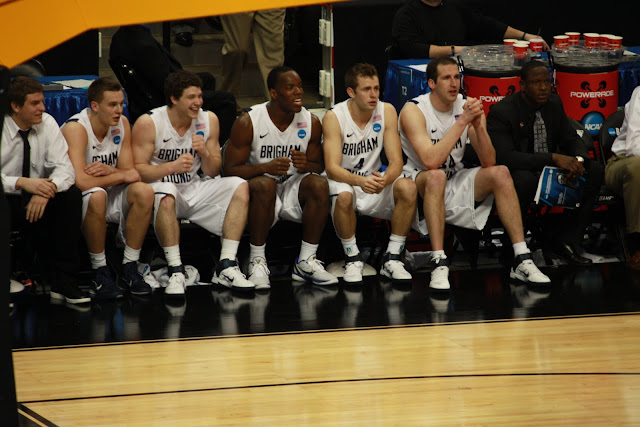 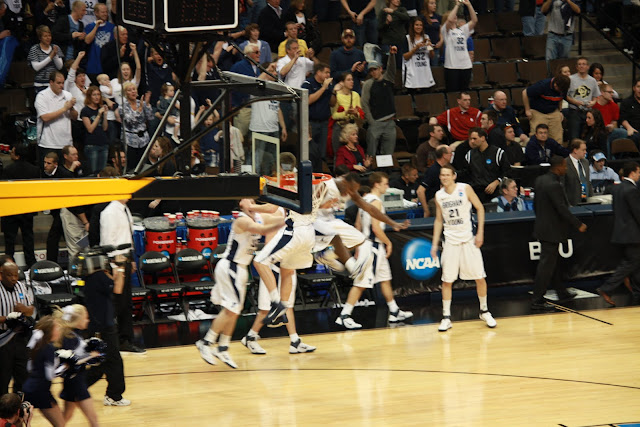 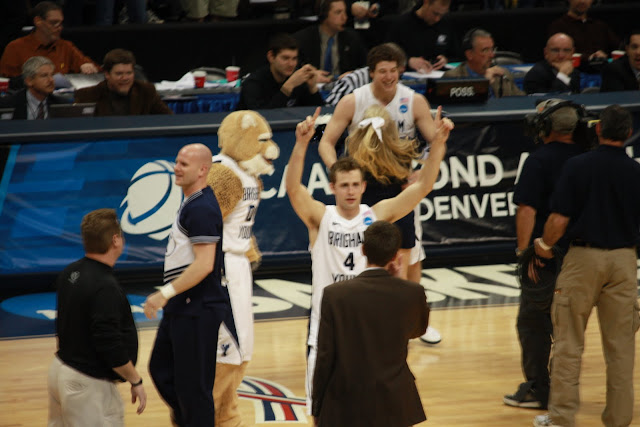 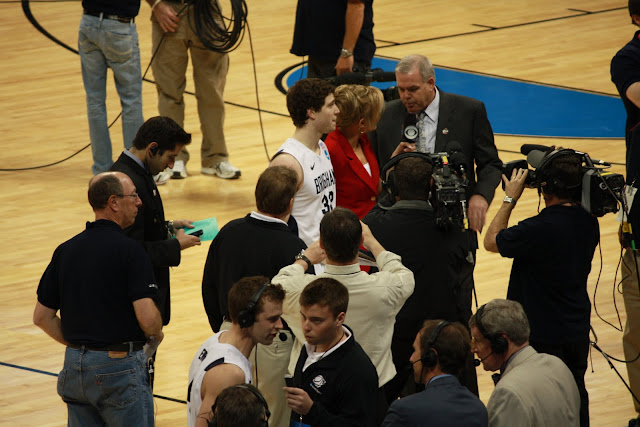 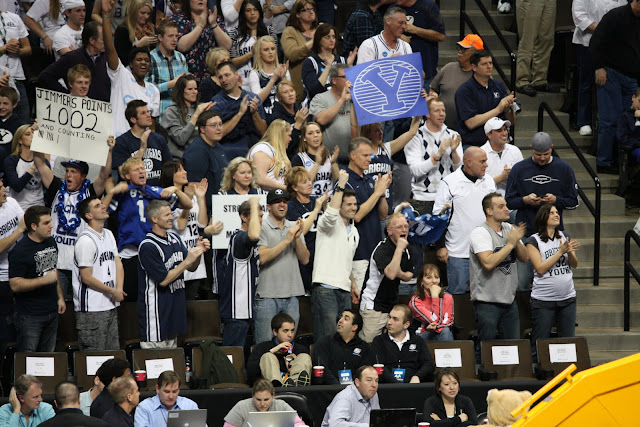 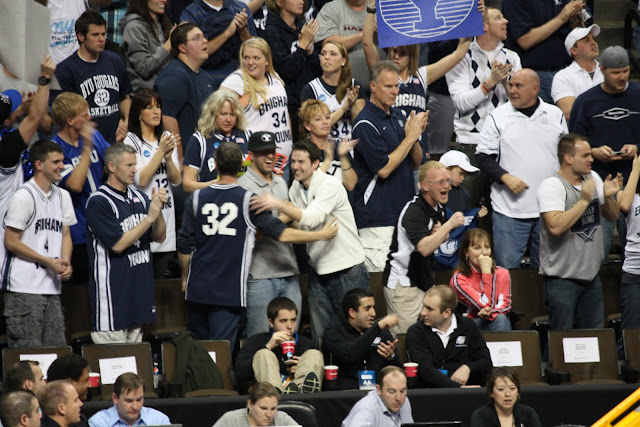 And now I guess it is time to fulfill this: 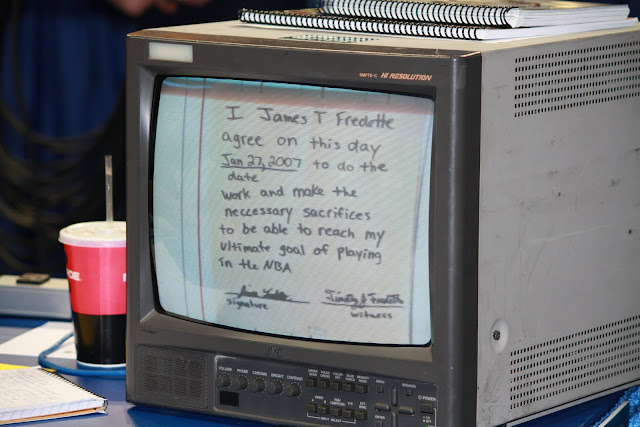 Great trip. Great memories. We saw old friends. Ran into older friends randomly. Sat on Row 2 for the first game. High-fived all the players and coaches coming in and out of the locker room. We got to see John Stockton. But most of all, we get to say that we were there.
Added By: Tyson No comments:

Okay, it is only for about 1 or 2 seconds. And you have to pay really close attention. But at about 3:10 in the following video, if you look, you can see me and my crew at the MWC Tourney in Vegas. ESPN shot this video from the aisle right as Emery threw down an awesome dunk. We went crazy.

You can easy see Weston White, myself, David Castleberry, and Mark Mendoza going crazy in the background. Fifteen more minutes I guess.

We all think it is pretty funny. The cheering was supposed to be staged but there was nothing staged when Emery threw down that dunk. It was utter madness.
Added By: Tyson 1 comment:

Someone of you might know that I have been lucky enough to get to know TJ over the last year, months, and, in particular, weeks. I've been in studio with him and the guys from a band known as Na Drua (I'll do a Na Drua post in a couple of days -- they deserve their own). I like to think that I have been able to help TJ get some of the wrinkles ironed out with respect to ownership of tracks and licensing / copyright issues but, in the end, I'm just a fan who happens to be a lawyer that is trying to help out a friend.

Long story short, the first of several new tracks was officially released tonight: Here is the mastered version. I love it. I recommend you go to YouTube, like it, and leave a comment:

Now, I was also at the performance where they premiered the song (before releasing it to the public. The sound quality isn't great because there were problems with Na Drua's mics and, let's face it, the Marriott Center wasn't built for acoustics and concerts. But Mr. Fredette, as always, put on quite the show and here is the "official" release (the first ever public performance) of the Official Radio Release of Amazing.

Same suggestions. Go like it and leave some comments.

Look for the tracks from TJ Fredette and Na Drua to hit iTunes in the near future. These are great guys and I can personally assure you that they would love to have your support, even if it is just a "like" on their YouTube videos.

Now for BYU to win the MWC Tourney, the NCAA Tourney / March Madness, and for Jimmer Fredette to be declared the greatest basketball player in the history of the world (thus completing my bucket list).
Added By: Tyson No comments:

Thanks to some serious strings pulled by my parents, we were able to sit courtside for TJ Fredette's pregame performance. It was awesome. We had my buddy's three little girls with us, and well, I'll let the video speak for itself. What can I say, being able to watch the performance, and then watch the game (we were in our normal seats for the game), was an experience of a lifetime. Here is a video of TJ's entire performance. Of all the video's on Youtube, I think this one has the best sound (because it isn't drowned out by all the students yelling).

Oh, as you're watch, at about the 5:55 mark in the video, you can see Sara and the tree girls in the background. They are standing right in front of the baseline scoreboard. The littlest girl is clapping along. It is pretty cool.

You can also watch the video in [HD] at this link: http://youtu.be/Onh9mNtzgCQ?hd=1

For those who don't know, I consider TJ to be one of my friends (although I'm not sure I make it onto his friends list). Anyway, go to Youtube, and "Like" the video. Share it too. TJ has an amazing story, is a great guy, and I know he would appreciate the support in promoting his music.
Added By: Tyson 2 comments: